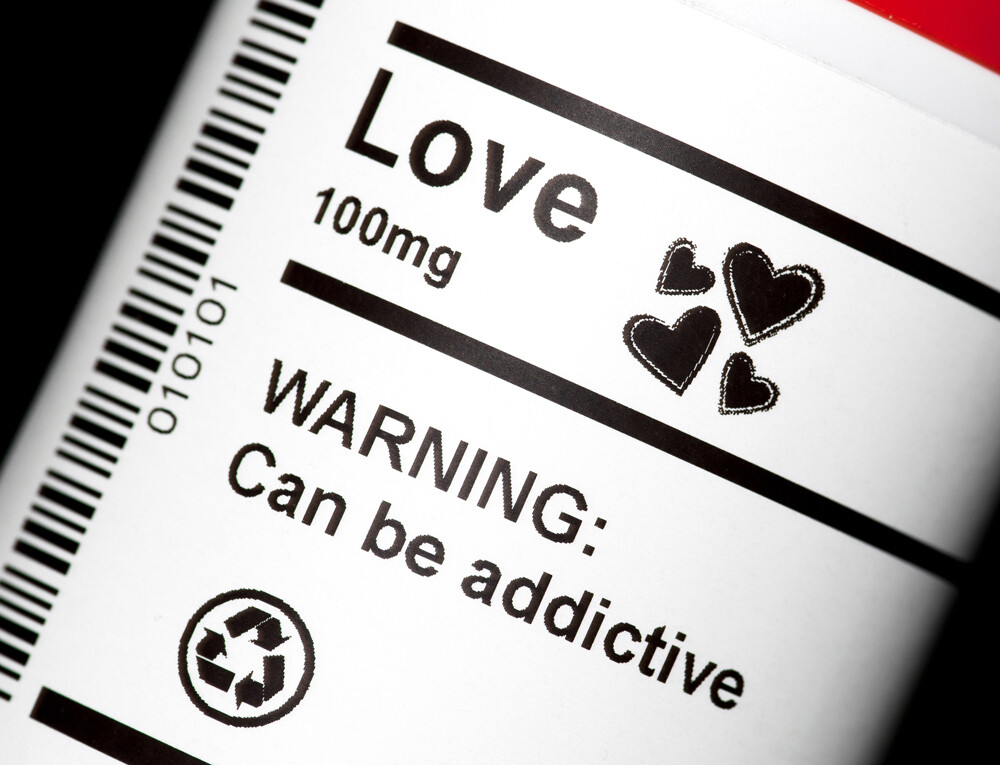 As a Divorce Attorney in Orlando, Here’s my Take on Love Addiction

My years as a divorce lawyer in Orlando have provided some unique insight into what’s called love addiction.

Love addiction is not the same as sex addiction.  Although love addicts can also be sex addicts, and vice-versa, the mental motivations behind the two are entirely different.

Sex addiction is a compulsive pattern of pursuing sexual arousal independent of emotional attachments.  Love addiction on the other hand is pretty much the opposite.  And harder to distinguish because as humans, we by nature seek connection and romantic partnership.  Thus, we are all addicted to love to varying degrees.  There is nothing dysfunctional about seeking romantic love.

Love addiction contains elements of compulsive behavior (repeated action without choice) and chronic (on-going over time) patterns seeking to medicate uncomfortable feelings, despite negative consequences.  Psychologists define love addiction as “the compulsive, chronic craving and/or pursuit of romantic love in an effort to get our sense of security and worth from another person.”

As a divorce attorney in Orlando, I’ve experienced love addiction in my cases first hand…

I’ve represented love addicted clients, as well as clients whose marriages were disrupted by their love addicted spouses.  As with any addictive behavior, there is treatment and therapy for love addiction.  (Check out, Love Addiction Part II: What Creates a Love Addict, and What can Help).

The true story of Alissa (not her real name) is an inner-view of love addiction at its extreme, and what can happen if the addiction runs unchecked and untreated over a long period of time.  To date, Alissa’s troubles are still on-going for almost ten years.  Alissa has consistently refused the intervention of trusted friends to seek treatment and therapy, although she acknowledges she has a problem and her dating patterns negatively impact her life.

Meet Alissa (who was never my divorce client):

She is in her early forties, holds a position of high esteem in her community, is the mother of two children, owns a home in a respectable suburban neighborhood, enjoys a healthy lifestyle and supportive social circles, and is well regarded by those who know nothing of her love life.  By all accounts, she is intelligent and a worthy asset to society.  Alissa is also a hard-core love addict.

The full-blown symptoms of Alissa’s love addiction began when her twelve-year marriage ended.  New to mid-life dating, Alissa initially turned to the internet for romantic prospects.  The first man she met on-line ran screaming for the hills when she overwhelmed him with unearned adoration and affection in her driveway after a first date.

The second on-line candidate appeared to be a divine gift from the love gods.

Roger was tall, fit, handsome and slap-your-knee funny.  He had an ivy league education, a six-figure annual income and showered Alissa with attention.  Alissa referred to him as her dream man, and quickly inducted him into her inner life after knowing him only a couple of weeks.  Roger was a great catch, except for one major detail.  He was married.  After six months of intense and exclusive dating, Roger told Alissa he was leaving her to go back with his wife, whom Alissa did not even know existed.

Devastated but without taking a breath…

Alissa dove back into the cyber-dating pool, and internet dude number three emerged.  Like Roger, Alissa introduced Stanley into her inner circle after just a couple of dates.  Although he was an educated professional, Stanley was the Anti-Catch in every other respect: he was self-absorbed, did not want to meet Alissa’s children, did not want Alissa to meet his children, was cold and distant, and expected Alissa to commute to his house in a city nearly an hour away.

After a year of lackluster dating with Alissa flying solo in her efforts to grow the relationship, Stanley told Alissa he wanted out.  Unable to accept the idea of not having a man in her life, Alissa continued to text, write and call Stanley with such intensity her friends justifiably intervened.  Books on adult dating and threats of breaking her fingers if she texted him again were lovingly given.

Being single was unbearable to Alissa

But, internet dating had produced three ill results over a two-year period.   Alissa decided her love life needed a bigger push than what the internet could provide, so she resorted to tried and true organic mate-hunting.

A couple of weeks after her quasi-relationship with Stanley ended, a service contractor on a repair job at Alissa’s office became her next pursuit.  It turned out the contractor, Ruben, knew one of Alissa’s friends.  Alissa quickly enlisted the mutual friend to lean on Ruben to ask her out.  After a couple of months with no results, Alissa pressed the mutual friend yet again.  Ruben eventually called Alissa and they went to a local pub for their first date.

The next day, Alissa was jubilant about her casual first date with Ruben over a couple of beers at the bar.  She was weirdly enamored with him after a few hours of hanging out.  He possessed none of the qualities Alissa initially set out to find in a mate.  “I’ve got a live one!” came to mind.  Alerted to Alissa’s off-kilter dating tendencies at this point, friends encouraged her to throttle back and be cautiously optimistic instead of oddly over-the-moon ecstatic.

One month later, Alissa moved Ruben into her home with her two children, and one more month after that they were married. With the ferocity of a jungle cat caught in a corner, Alissa lashed out at friends who pleaded with her to slow down and get to know Ruben before she married him.

If all had ended well, all would be well.  But a year and a half later, Alissa tearfully shared that she and Ruben were separating and she made need the services of a divorce lawyer.  As it turned out, he was an alcoholic with rage issues.  He had been verbally abusive to Alissa and her children, and often spent his days binging on alcohol and cigarettes in the garage of Alissa’s home.  He was marginally employed and contributed nothing financially to the household.

Unable to bear the weight of her secret alone any longer, Alissa began to recount the traumas to her and her children since the marriage.  The morning of their wedding, Ruben had gone missing and could not be located.  He eventually showed up late to the ceremony, staggering drunk and reeking of cigarettes.  He also publicly (and probably intentionally) mortified Alissa multiple times by arriving in an intoxicated stupor at community events.

Initially, it appeared Alissa was headed in the opposite direction of a divorce lawyer:

They attempted counseling, but when Ruben was not willing to work on his substance abuse, Alissa wisely filed for divorce.  Ruben moved out of Alissa’s home, but Alissa could not cut off the relationship and continued to see him frequently.  Although surrounded by a network of supportive family and friends, she expressed terror at the thought of what she called “being alone.”  She explained, they were “working on things.”  What things?  Alissa’s friends scratched their heads over what could possibly be gained by prolonging the agony of defeat.

One night when Ruben was at Alissa’s house, he discovered text messages from her old flame, Roger, on her cell phone.  Alissa had resumed communications with Roger while married to Ruben, and had been having an emotional affair with him in order to escape the realities of her marriage.  Roger’s texts and Alissa’s responses detailed their plans to rendezvous at the beach the following day.

But boy was she busted…

Caught red-handed, Alissa put the divorce on hold and resumed counseling with Ruben.  But at the same time, she continued to fan the flames with Roger.  She began bringing Roger to public gatherings, which came within an inch of damaging her career had it not been for the warnings of friends she thankfully finally heeded.

It was a rush in Alissa’s mind to have two men from which to choose.  She believed Roger was the “love of her life” and they were “meant to be together.”  Why then, was she not cutting ties with Ruben?  She replied, “because it’s better to have one in hand than two in the bush.”  (cue the honey-you-need-some help alarm).  To Alissa, the pain of being without a man was still far worse than the pain of being in constant romantic upheaval and keeping a divorce lawyer on constant retainer.

“Love Addiction Part II: What Creates a Love Addict, and What can Help,” explores the psychological factors that contribute to love addiction, what can be done to treat love addiction, and how Alissa’s story can help.

Need a Divorce lawyer in or near Orlando? CALL 407.374.2983 NOW FOR YOUR FREE 30 MINUTE TELEPHONE CONSULTATION or email me if you need assistance.